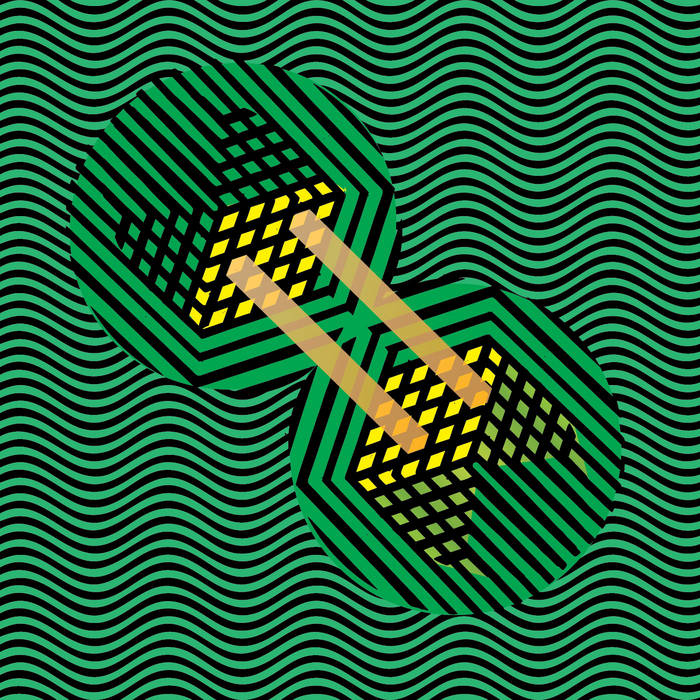 It's just a normal night for The Cats' Orchestra...somewhere else. The little factories hum, tiny drunks stumble home, miniature drive-ins play wee adventure movies, a flock of robot geese flies over, and an orchestra made of pint-sized Russian cats fiddles away on prepared violas, contact-mic'd cigar boxes, and underwater wine glasses on the bandstand. The half-tunes, half-abstractions of this naively brilliant one-man orchestra are a fine demonstration of acoustic and wonky electronics tools that build scaffolding to bring us to the cosmic. This is one of the most appropriately-named groups ever, though we wouldn't have thought cats had such good taste in music. A rare example of delightfully meandering plink-plonk that you can't help but follow.

Somewhere deep in the CPU sleeps the mind of a poet, dreaming in binary of a particular time and place in space. How he got there is of no consequence to us, rather it is his dreams that concern us now. Sun is the square wave, the color blue, the saw wave. Trees and the merest hint of grass on the hill behind are pink noise, the sea a pulse wave. We are seeing in two dimensions but hearing in three as the code unwinds, pausing, turning and leaping towards the horizon as the wind, played here by a low e, carries us past the seagulls on the horizon and towards the beautiful digital expanse above.

Regular Music is a Portland, Oregon electronic supergroup consisting of E*Rock of Audio Dregs, Marius Libman of Copy and Charlie Salas-Humara of Grapefruit / The Planet The / Panther.