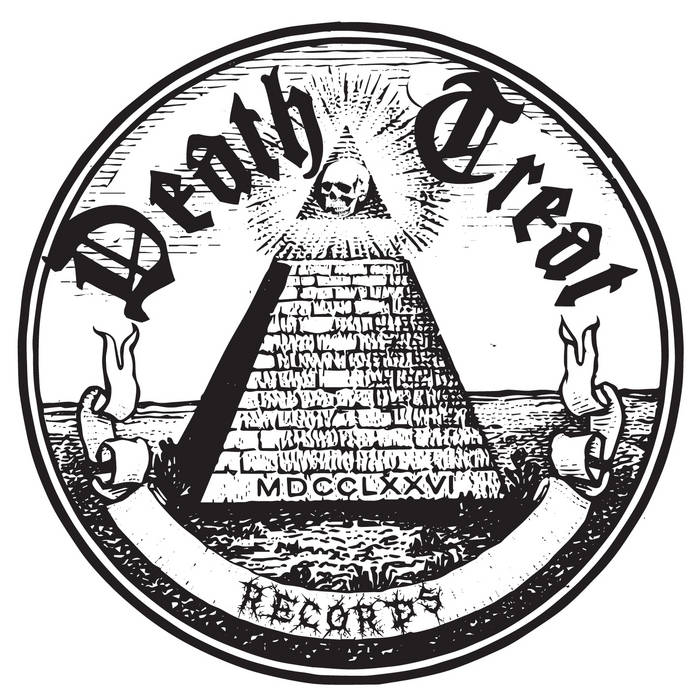 Somewhere in the mid-teens, if only to pass the time, a handful of us who were affiliated through Field Hymns started creating fictional death metal and grind-core album and track titles, trying to out-do each other in creative yet bloody scatology. The experiment proved tricky: creating song titles and band names like disaffected 15 year old suburban teens would do is not something we attempt beyond a certain age (the label name is intentionally misspelled FYI). Fake album covers were created, inserts printed, and poorly photographed. We published a Tumblr label page and Instagram (now disabled by the man due to “a violation of terms” whatever that is), posting the best and brightest of those endeavors and then let the internet have it. Pretty soon we were getting label submissions and indeed it seemed like we had pulled it off. The only thing missing to complete our veneer of legitimacy was actual music as content. We avoided that problem for a while, as the releases were unavailable due to being “sold out”, but that still didn’t quite seem to be the solution. In 2017 the call was put out for Field Hymn alumni to create content for the label and oh my, content we did get. A decision was made to publish the project as a zine, structured as a label catalog replete with album PR blurbs, and then it was printed up and the cassettes manufactured in 2018. Taken as a whole, it’s been a delightful waste of everyone’s time but quite hilarious, especially if you’ve ever been or have been related an angsty middle school boy.

Contributors to the project (both written and recorded) include folks from Grapefruit, Lips & Ribs, Boron, Snakes of Pennsylvania, Yves Malone, Chores, Adderall Canyonly, Tymbal Tapes and many others.